Today, our sailboat rests comfortably in a slip in Dinner Key Marina, right behind Miami City Hall, which was the old Pan American Airport.

Our slip, circled. Dinner Key, one of the biggest wet slip facilities in the U.S. has 582 slips, only a few more than the Nepean Sailing Club in Ottawa! 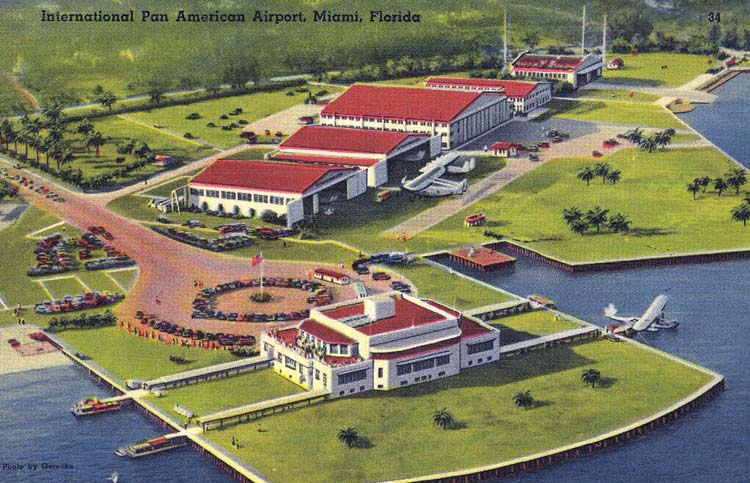 In 1930, Pan Am started a flying boat service to Latin America. The U.S. Government dredged the first channel in history especially for aircraft. Over 100,000 visitors a month came to see the giant flying clippers.

Dinner Key got its name because Pan Am travelers enjoyed a picnic here before setting off for the Bahamas and Cuba. Flights cost $35 in those days.

This became one of the world’s largest airports and the main hub for air traffic between North and South America. 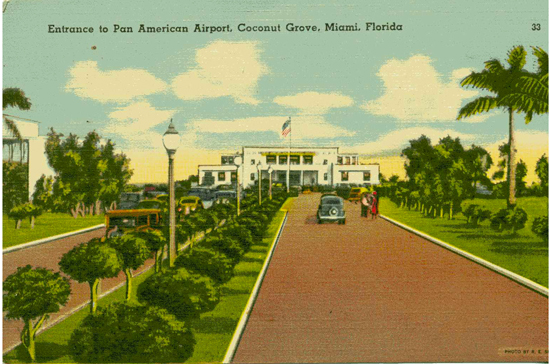 The City Hall has been preserved as an art deco showpiece.

After the technological advances of the Second World War and the construction of suitable airports in South America made seaplanes largely obsolete, Pan Am transferred its operations back to  Miami International Airport.

One of Pan Am’s hangars was used for many years as an exhibition hall and auditorium —the Dinner Key Auditorium. It was recently renamed the Coconut Grove Convention Center. (This was the site of the March 1, 1969 incident in which Jim Morrison of the Doors was arrested for lewd behaviour.)

Today, Dinner Key is used primarily as a marina. Three of Pan Am’s original four hangars remain in use for boat storage.

2 thoughts on “Of slips and sails and clipper ships….”