When I’m in New York, I just want to walk down the street and feel this thing, like I’m in a movie.

For sale on Getty Images 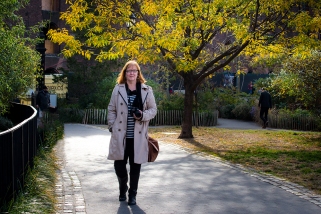 In Brooklyn by the East River

By the Bethesda Fountain

Laid out on a grid system, New York is one of the easiest large cities in the world to get around in. We generally walk, and walk and then walk some more. But I’ve also figured out how to get to places like Brooklyn and the Cloisters way north near Harlem by subway and bus without too much trouble.

In the New York Public Library

And here’s what happens when you stop for a moment to figure out where you are and where you’re going next — a New Yorker stops to ask if they can help you find something.

It happened twice this trip and it’s happened every single time I’ve travelled to New York previously —  all 11 or 12 trips!

I agree with Bill Murray:

My favorite thing about New York is the people, because I think they’re misunderstood. I don’t think people realize how kind New York people are.

This time a kind woman approached us in Central Park as we were finishing up our photography for the day. And a sweet male cyclist came up to us as we were stopped in Times Square looking at the Jumbotron.

Yes, New Yorkers are always moving, but some do take time to stop to help travellers. 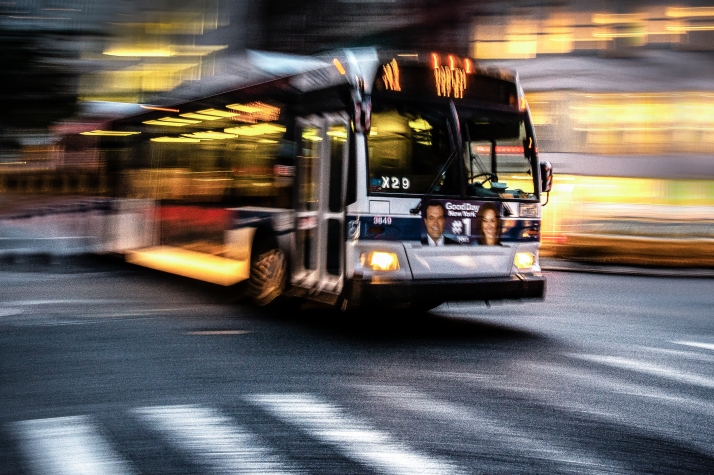 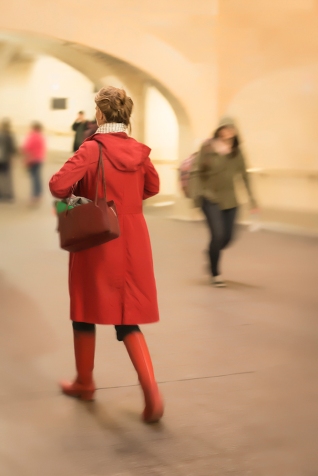 9 thoughts on “On the move in New York City…”