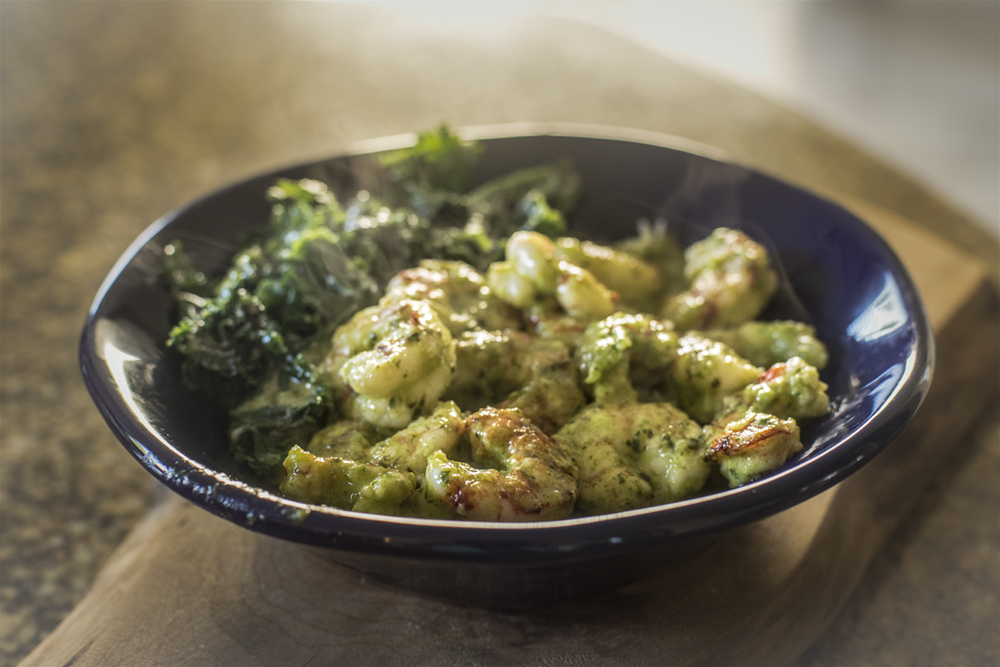 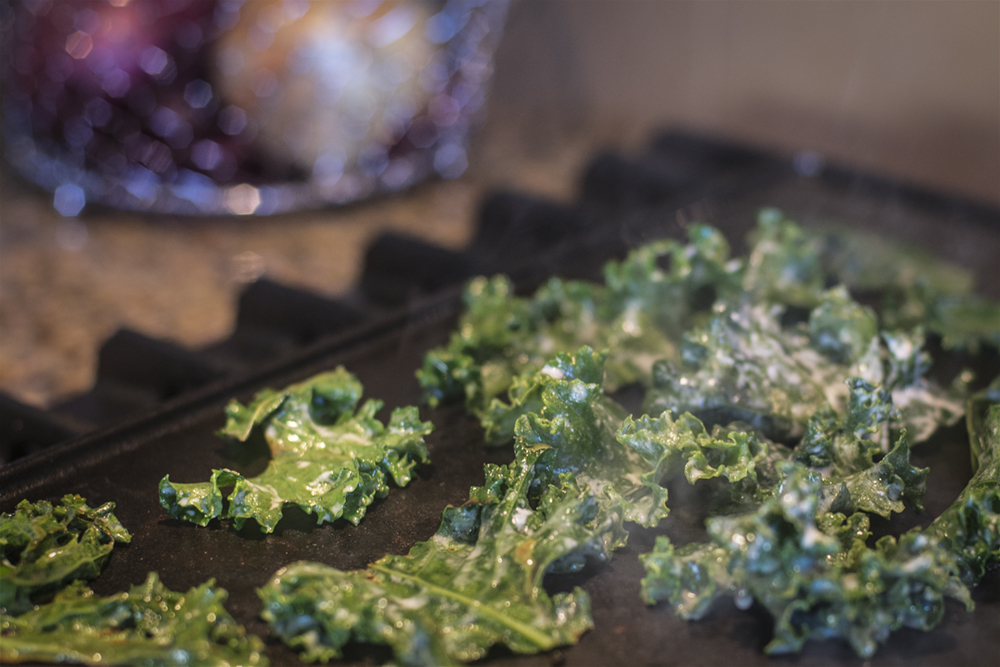 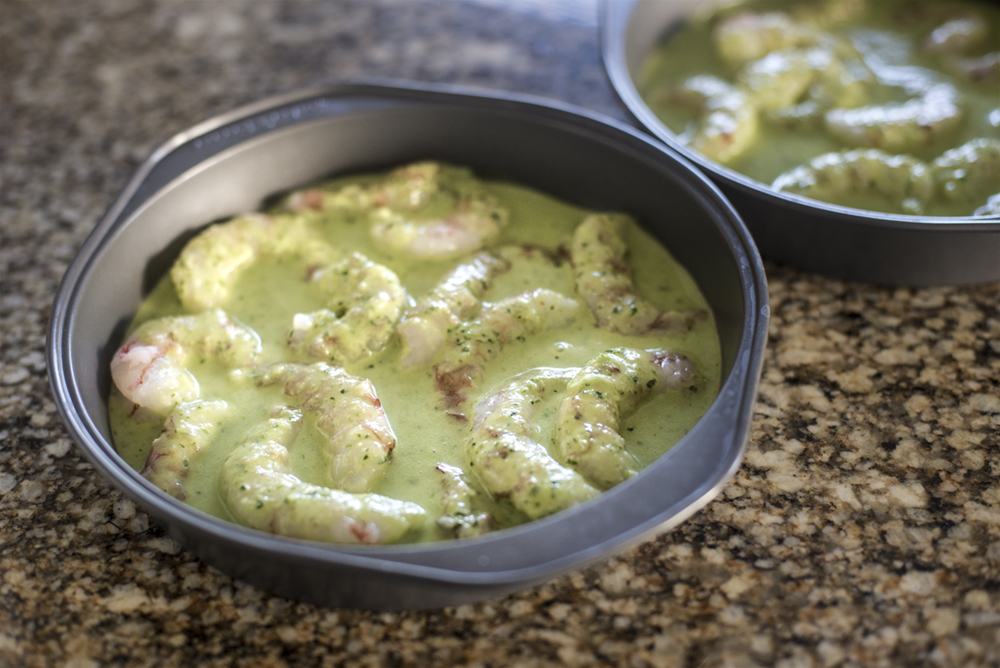 After a travel-filled winter and spring, we are staying closer to home this summer. That means closer to the garden and all its vegetable goodness. Our kale was looking luscious today so I went out and cut some and then searched through my recipe collection for a new way to prepare it.

I had saved a New York Times recipe on Pinterest for Coconut Kale that captured my imagination. It was from a famous Indian chef who works out of Vancouver. It seemed quite easy — bonus! — and I had all the ingredients — the main one being coconut milk — so it was a go.

We also had some shrimp in the freezer so I found another New York Times recipe that I thought might go well with the kale. Shrimp in Green sauce, which I renamed “Green Shrimp” as a nod to Green Eggs and Ham by Dr. Seuss, my favourite children’s book, well I digress…

The recipe called for only oil, garlic, scallions, parsley and wine or stock plus some heat. And it seemed quite forgiving. You blitz everything together in a blender and then pour over the shrimp. Fifteen minutes later you are ready to enjoy.

The kale was a bit more fiddly. Soaking the kale in coconut milk for the afternoon was a breeze. But then you need to grill each piece for a few seconds. You have to work quickly so they don’t burn. I let Bob do that so I could take some pics. Not at all hard though, and oh-so-worth it. The flavour was amazing and the texture was tender.

The kale proved a perfect complement to the shrimp, which also had an intense but fresh flavour. With some basmati rice to soak up the sauce, it was a great light summer meal.

Here are the links to the recipes should they appeal to you as well. By the way, do you have any favourite ways to cook kale — I’m always on the lookout.