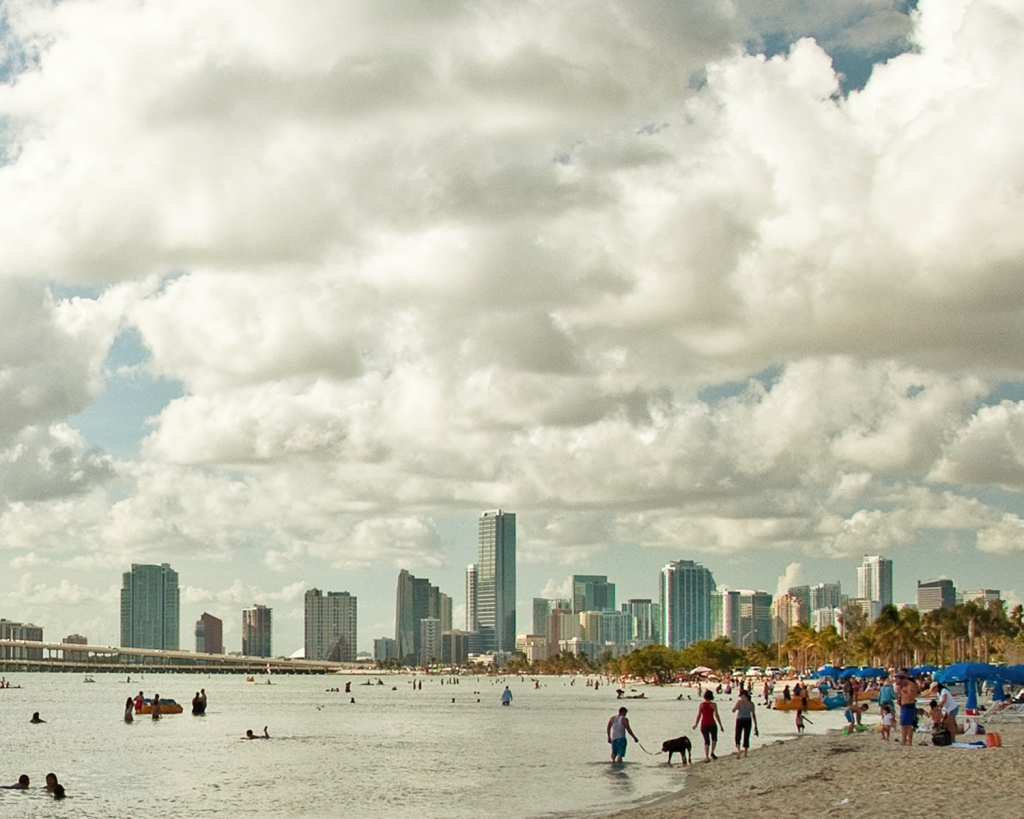 Angus and Charles wanted to go to the beach. So I did some research on dog-friendly beaches in Miami and found one not too far from Coconut Grove. We had to cross the Rickenbacker Bridge, which connects Miami with the barrier islands of Virginia Key and Key Biscayne across Biscayne Bay. (We had anchored in No Name Harbour on Key Biscayne two years ago on our way to the Keys, and I remember well sailing under that very bridge to get there.)

The beach, which is not a touristy one, runs along the Rickenbacker Causeway. The parking lot was so packed we didn’t think we were going to be able to find a space. But we spotted a rare one and headed for the beach. It was a beautiful day, and there were crowds of people out enjoying the sun, sand and water.

The first thing we noticed were all the dogs. Big dogs, tiny dogs, and everything in between. People playing with dogs, dogs playing with each other. Everyone was having a grand old time. There are so many beaches that ban dogs. And Angus and Charles were very happy this was not one of them.

You don’t see a lot of Westies in this part of the world, so everywhere we go with Angus and Charles, dog lovers approach us to meet the dogs and ask about them. I had one man pull out his ipod to show me pictures of his dogs. Another spent a half hour regaling me with tales of his three dogs at home.

At the beach we got chatting with a friendly couple from Miami. Once they discovered we were Canadians, they told us they had plans to travel to Banff this summer and were pretty excited about it. They have been visiting as many national parks as they can in Canada and the U.S.

We hear that you guys in Ottawa are having almost as high temperatures as we’re having here! Enjoy. 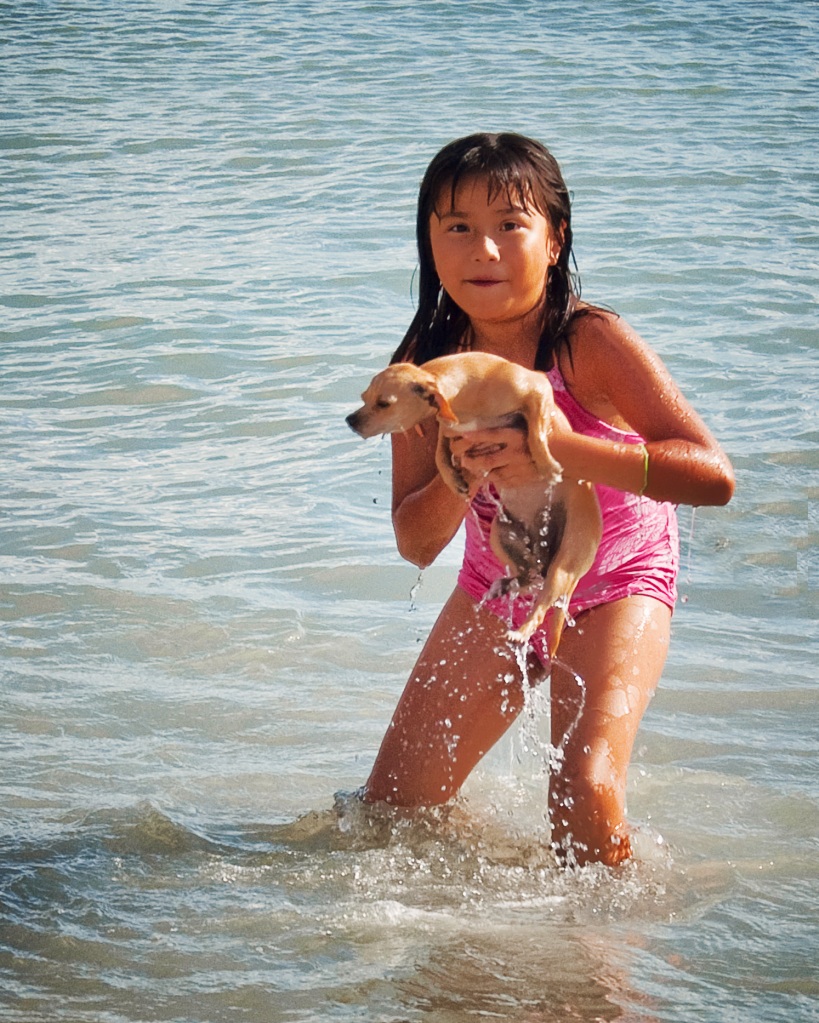 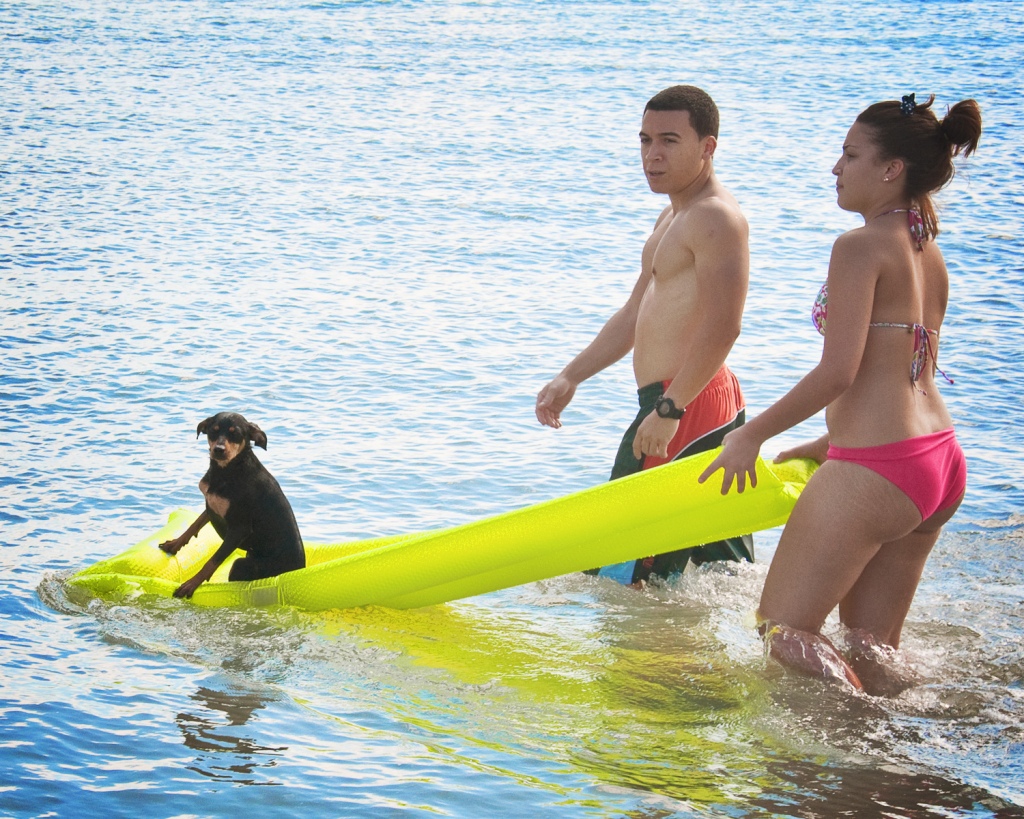 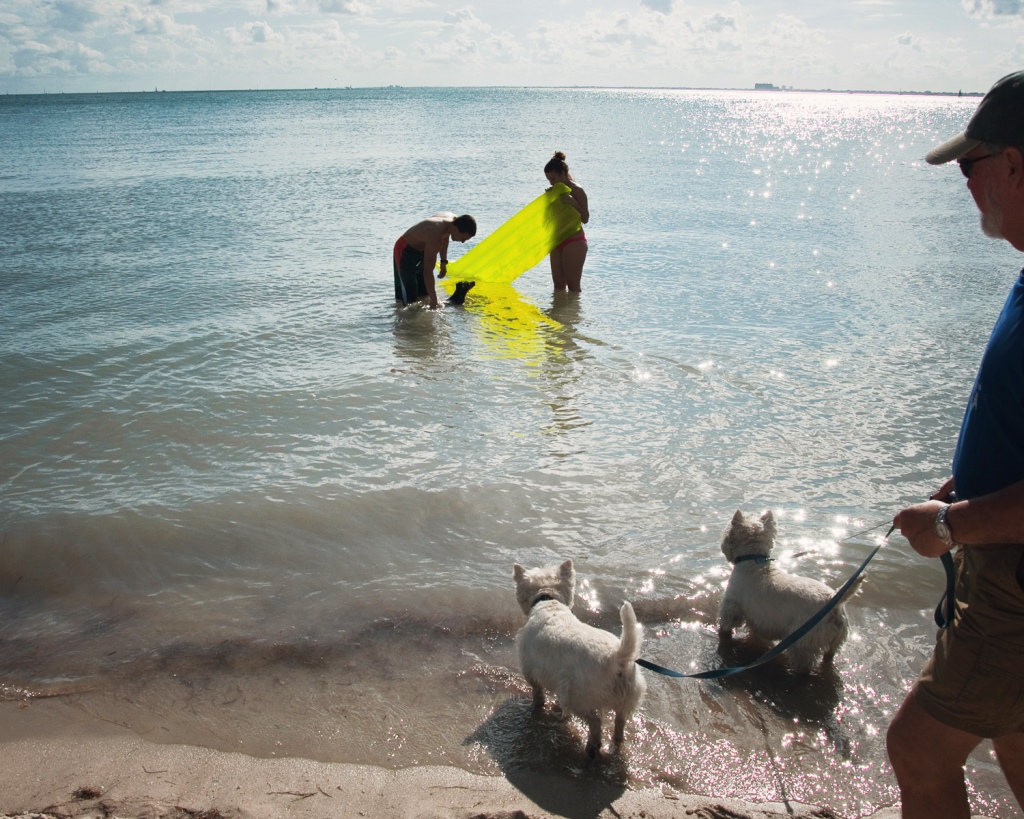 4 thoughts on “Sunday at the beach, with dogs”