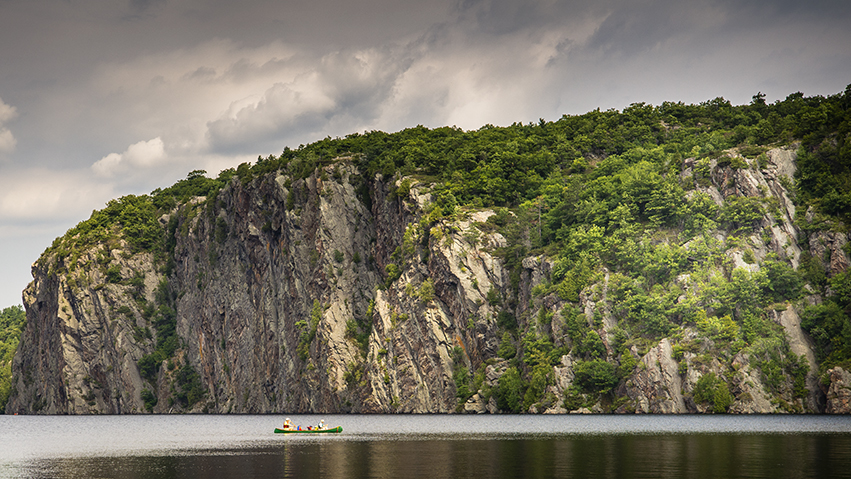 Not too far away from us is a gem of an Ontario Provincial Park called Bon Echo.

We headed that way recently to visit some friends who have a cottage on Upper Mazinaw Lake, right next to the park.

The southeastern shore of the lake features the massive 100 m (330 ft) high Mazinaw Rock, an escarpment rising out of the water, adorned with some 260 Aboriginal pictographs, the largest collection in Canada.

I had heard of these and was quite excited to have the chance to see them for myself. 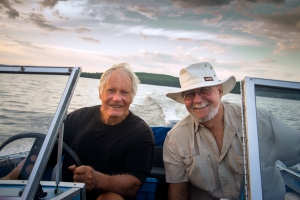 The cottage can be reached only by boat so we arranged a time to meet and be picked up at the dock.

Our host was kind enough to take us for an up-close tour of the Rock by boat, which is the only way you can really see the pictographs well.

The rock art paintings are spread out over 65 rock faces along a 2.5 metre stretch of the cliff face and the pictographs are extremely complex and abstract.

The Mazinaw pictographs were designated a national historic site of Canada in 1982 and have been researched since 1895.  This is the largest rock art site on the southern Canadian Shield and the only major pictograph site in southern Ontario. Pictographs have also been found in northern Ontario.

At 145 metres deep (476 feet) this lake is the second deepest in the province and the Rock goes down 100 metres into the lake.

The whole area is wonderful for canoeing, kayaking, camping, hiking, climbing and all manner of outdoor activities. The park even has yurts for people who want a slightly more comfy camping experience.

It seems inexplicable that there are trees growing on the side of the Rock, but some of them are said to be 1,000 years old.

Bon Echo is French for “good echo.”  The rock is responsible for the large echo that is unmistakable during thunderstorms and fireworks displays. 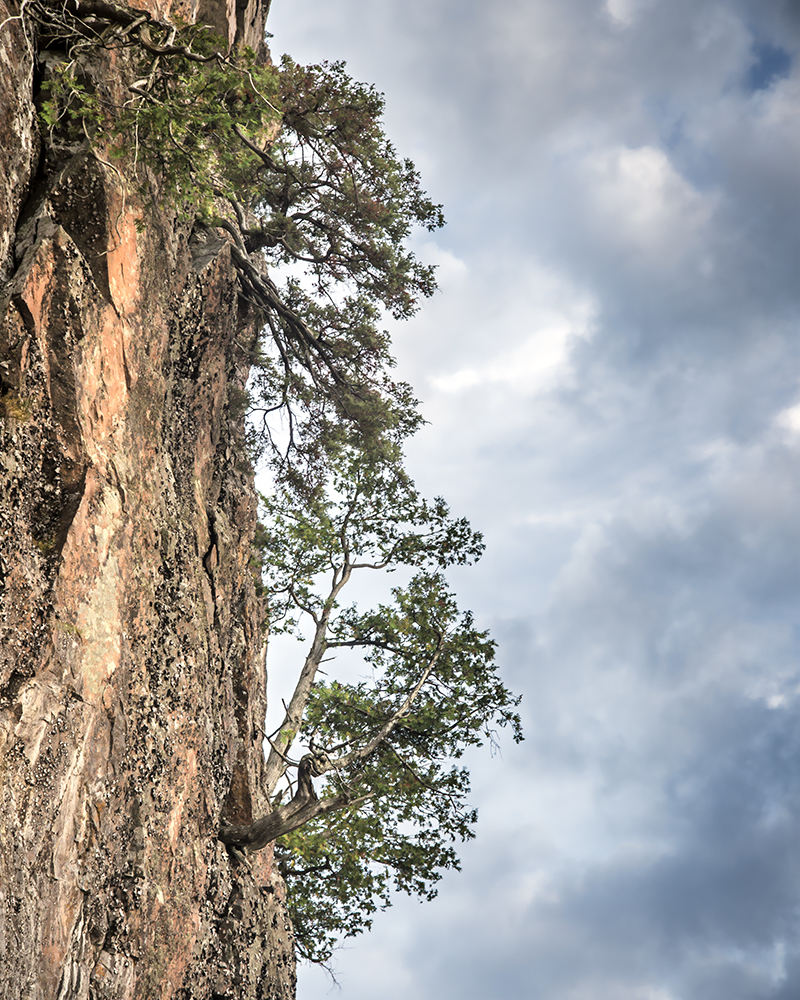 13 thoughts on “Rising out of the water…”